Design at the service of science

These preliminary experiments suggest that the recombinant polyepitope chimeric antigen designed and produced by Rekom Biotech, RAG0109, recovers some pre-validated IgM positive sera which are not initially detected by two of the best antigens described in bibliography for CMV diagnosis: pp52 and pp150, showing the presence in merely one antigen of some important epitopes for this specific diagnostic. 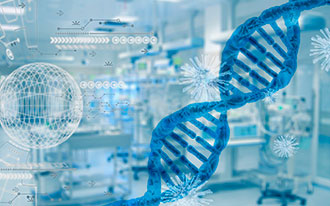